At first I thought this was going to be a light-hearted humorous read as the early chapters indicated, but then it began to turn to more serious issues. This was all done through the eyes of Suzette; her boring life, her boring (to her) husband and her inability to accept what was going on around her - i.e. Racism.

The realisation that she could step out of her cloistered existence and embrace the world she inhabits, and could actually do something to right its wrongs, is the spine that underpins this novel.

I bought this sometime ago and have only just got around to reading it, and like others who reviewed earlier there were some typo issues with my copy. (since posting this review, the author assures me that the book has been completely re-edited) However, it doesn’t alter the fact that this is still a very good book.

The characters are well rounded and the plot well written. I found myself detesting the villains in the saga due to how well they were portrayed. The main character I wanted to give a kick to, to make her see what was in front of her and to get her to do something about it. Fortunately, she does, but the repercussions are not only felt by her.

I would definitely recommend this novel and am looking forward to reading more from this author. 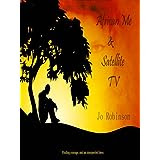 see it here
Posted by Unknown at 13:33 No comments:

I do archery as a sport, and the other night I was up at our field and shooting away; compound, Bowtech, 53#, carter release aid, ACE’s 28 1/2” for those who want to know. Anyway, there I was playing with my set up, trying the find the right balance, the right technique, the right posture, changing things, fiddling, twiddling, tweaking anything to get me that inch closer to the middle when something occurred to me.

A lot of people try archery, they come up to the field, pick up a bow and think that it’s going to be oh so easy. They put an arrow on the string, pull it back, let it go and watch it fly into the middle of the target.

Yeah, right. In their dreams!

It takes practice, and a certain amount of coaching, and then you move the target back a few metres and it all starts over again. It ain’t easy.

Yes, you do get the naturals who can start off running, but they are few and far between, the vast majority have to be taught.

Some people come up, fire away for ten minutes and think they now know how to shoot. They then go out and buy the best most expensive equipment, without any advice, and think that they are now it; they know it all, they don’t need any more advice and help and they now have the kit to take on all-comers. They are sorely disappointed when they find out that that ain’t the case. They haven’t done the basics, so how the hell they think they can become world champions just because they have the latest and most expensive kit, I just don’t know.

You have to learn and then practise and then learn some more, and then after a good while you find that when you shoot, the arrow goes where you want it to go; and then the really hard work begins, because you are always striving to get that arrow even closer to the middle.

Do you see where I’m going with this?

Marketing is something that needs to be practised, you need to learn and then practise some more. You need to hone your technique, you need to study the best and learn from those who are successful. Certainly in the self-publishing world there are a few who know what they are doing. I try and study them, I try to pick up little snippets of information and then I try to apply what I’ve learnt.

They don’t know it, but they’re coaching me.

Yes, I’m taking my time because I’m not a natural and I realise this, but I will improve, bit by bit until eventually I can say I know what I’m doing.

I suggest that you all do the same; don’t think that you know it all, because unless you are a natural you ain’t going nowhere.


Listen, read, watch and learn from those who know, use the wealth of information out there because the internet is full of it. You will discard some bits, take note of others, but above all take the time to learn. That’s what I’m trying to do.
Posted by Unknown at 11:44 No comments: